moc,snoitulosacw~nimda
Home » News & Articles » Sexual Harassment in the Workplace – What all Employers should know

Sexual Harassment in the Workplace – What all Employers should know

Australia’s resources industry has been in the spotlight over recent months with reports of sexual harassment and its pervasiveness within the industry being seen at alarming rates. Kate Jenkins, Australia’s Sex Discrimination commissioner released a report stating that in 2020, approximate 40 percent of workers in the mining industry had experienced sexual harassment while at work. 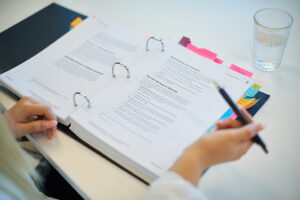 What is sexual harassment in the workplace?

It is not the intention behind the behaviour that is relevant, but rather

the feelings of the person toward whom the behaviour is directed.

Sexual harassment in the workplace is any unwelcome sexual advance, unwelcome request for sexual favours or other unwelcome conduct of a sexual nature which makes an individual feel offended, humiliated and/or intimidated.

Sexual harassment in the workplace may be deliberate and may include:

It is important to remember that what is seen as reasonable by one person could be viewed differently by another, making it important to be sensitive to these differences. It is not the intention behind the behaviour that is relevant, but rather the feelings of the person toward whom the behaviour is directed.

Sexual harassment is harmful and regardless of whether it occurs in the workplace or not, it is also unlawful.

The most prevalent Acts to be aware of are:

The Sex Discrimination Act makes unlawful, sexual harassment and sexual discrimination. The Occupational Safety and Health Act and the Work Health and Safety Act state that acts of violence, aggression and bullying are unlawful due to the effect on the safety and health of employees and others at the workplace.

Everyone in the workplace has a Duty of Care

What are an Employers obligations and liabilities?

An employer must ensure, so far as is reasonably practicable, the health and safety of its workers. An employer who fails to maintain a safe workplace may be held liable under the common law or under the Work Health and Safety Act 2011 (Cth), or equivalent state or territory law.

Employers who fail to take reasonable steps to prevent the foreseeable risk of the physical and psychological harms of sexual harassment may be in breach of the obligation to ensure a healthy and safe work environment and safe systems of work.

Sexual harassment in the workplace is unfortunately prevalent but it is preventable.

Employees want to feel safe at work, and companies want to provide safe workplaces that a free from sexual harassment. WCA can help create a specific, compliant plan which may include training, systems, policy, procedural and culture change, in accordance with the company’s core values.

WCA Solutions recommends that employers take the following steps to manage the risk and create a safer place for all workers.

For assistance to develop and implement a plan, simply call us on 08 9383 3293 to book a free confidential consultation or email admin@wcasolutions.com.